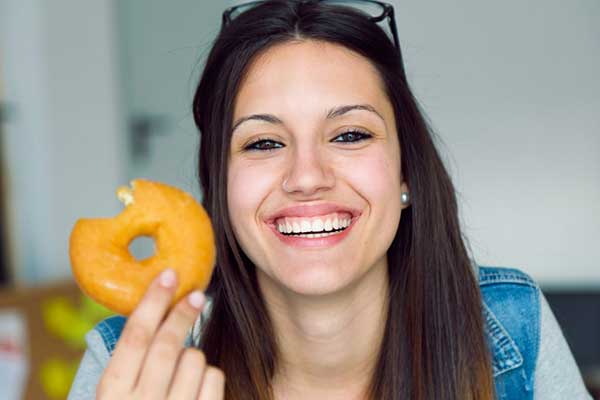 What does National Donut Day mean?

National Donut Day stems back to World War I (WWI). In 1917, Salvation Army volunteer workers Margaret Sheldon and Helen Purviance were sent to assist US troops. Upon their arrival in France the “Donut Girls”—as they became known—found US soldiers to be miserable and homesick. Determined to boost morale, yet limited to war rations of flour, sugar, and oil, Margaret and Helen we inspired to make doughnuts. The mouth-watering aroma of frying doughnuts soon spread throughout the camp. One hundred and fifty happy doughnut smiles soon turned into 9000 doughnut smiles per day.

Doughnuts made a comeback during the Great Depression (1938). The Salvation Army’s Chicago chapter revived the WWI doughnut-making tradition to spread cheer and to raise money for people in need. The single day event was so successful National Donut Day was born. 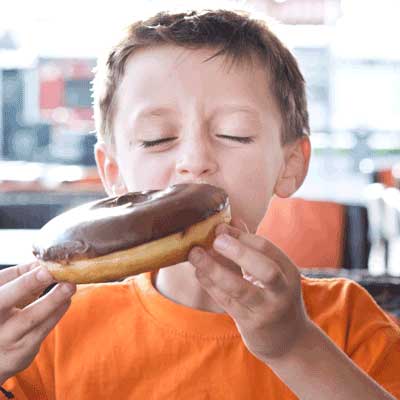 How to Celebrate Nation Donut Day

It’s time to bust out your fryers and plan some doughnut fun.

Where to get free doughnuts on National Donut Day

Doughnut makers across America use National Donut Day to thank customers by offering free or discounted doughnuts to those who enter their stores. This is for one day only—June 7.
As you bite into your free doughnut bliss, send happy thoughts into the world—especially to the men and women who continue to serve in the armed forces. Thanks to them, and their those who fought in WWI and WWII we have the freedom to indulge in doughnuts. Remember too, all Salvation Army Donut Girls. Their inventiveness set the foundation for the postwar doughnut-making boom.

America’s top 10 doughnut stores.
Conditions may apply on National Donut Day. Some stores may offer ‘one free donut with the purchase of any beverage’.

Do you have co-workers, friends or family members with food allergies or dietary restrictions? ‘Dough-not’ let them miss out on the National Donut Day. Surprise them with home-made doughnuts everyone will love.

Excite the senses. Tease the tastebuds. There is always tomorrow to be good. Make National Donut Day a happy occasion for everyone.

No comments to show.
We use cookies on our website to give you the most relevant experience by remembering your preferences and repeat visits. By clicking “Accept All”, you consent to the use of ALL the cookies. However, you may visit "Cookie Settings" to provide a controlled consent.
Cookie SettingsAccept All
Manage consent